Lunar samples collected by China's Chang'e 5 robotic probe will soon start their journey toward Earth, according to the China National Space Administration.

The rocks and dust from the moon have been delivered from Chang'e 5's ascender to their final host－the probe's reentry capsule, which will later bring them to Earth.

The 400-kilogram ascender docked with the 2.3-metric ton orbiter-reentry capsule combination early on Sunday morning and then transferred a sealed container holding 2 kilograms of lunar samples into the capsule.

The operation was the first automated rendezvous and docking of any spacecraft in lunar orbit.

The last time two components of a spacecraft docked with each other in lunar orbit was in December 1972 during the final Apollo mission, and that was monitored and controlled by astronauts.

One of the most crucial devices during the highly sophisticated docking maneuver on Sunday morning, a microwave radar, which is mounted on the orbiter, worked with its transponder on the ascender to measure the rapidly changing distance and provided communication between the two traveling vehicles to allow them to adjust their position during the docking.

Engineers at the 25th Institute of China Aerospace Science and Industry Corp Second Academy designed and built the devices. They applied multiple advanced technologies to the apparatus, making them the best of their kind in the world, said Sun Wu, the equipment's chief designer at the institute.

Several hours after the docking, the ascender departed from the orbiter-reentry capsule combination around noon, while the combination continued orbiting the moon before its journey back to Earth, the space administration said in a statement on Sunday afternoon.

After arriving in Earth orbit, the pair will separate in due course, and the reentry capsule will conduct a series of complicated maneuvers to return to a preset landing site in North China's Inner Mongolia autonomous region in mid-December. 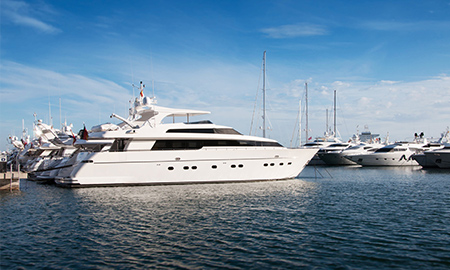 TOGETHER WITH US. MAKING LIFE FUN ON THE WATER.